The challenge is now over and I sent 59 letters over the 52 weeks. Some weeks I didn't send anything, but others I sent more than one. I also included a few sent by Celeste to her pen pals.

I do love writing personal letters and sending them. I also love receiving letters back! For a while, it was a constant flow in my mailbox and that was wonderful. It slowed down, life does get busy and I understand that.

I will start the challenge again, at the start of the new year with a goal of sending one letter a week or at least a total of 52 letters in the year.

Would you like to join me? It's very informal, the challenge is to send your friends and family a hand written letter once a week for a year. There is a facebook page but it hasn't been very busy lately. This is more of an individual project.

I kept track here on my blog throughout the year of the letters sent and to who they were traveling to.  You can see the list below with some photos. 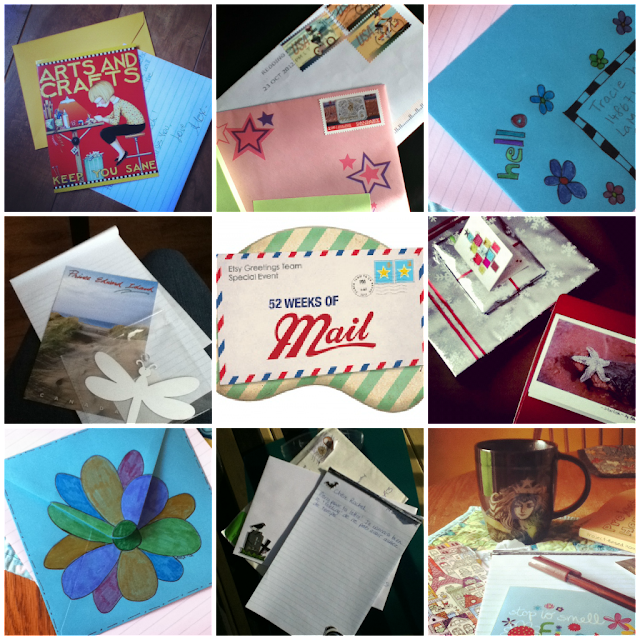 We joined this challenge for the first time this year. I didn't know about it last year. The official start date this year was October 7, 2012.

The challenge is to write a note or letter every week to friends or family members.

Click here to view all our 52 Weeks of Mail posts.

Here is a recap of where I sent each letter, by week:

Week Two: two letters: one to my mother-in-law, Fenelon Falls, Ontario, one to Rachel, St-Mitre-les-Remparts, France. 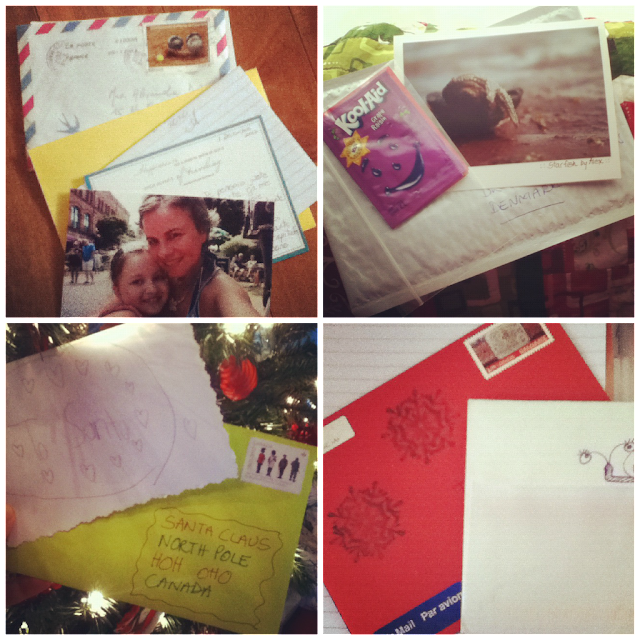 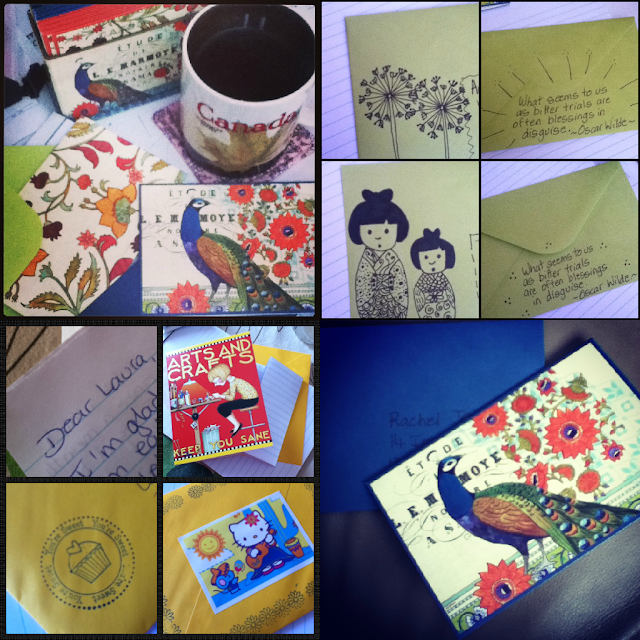 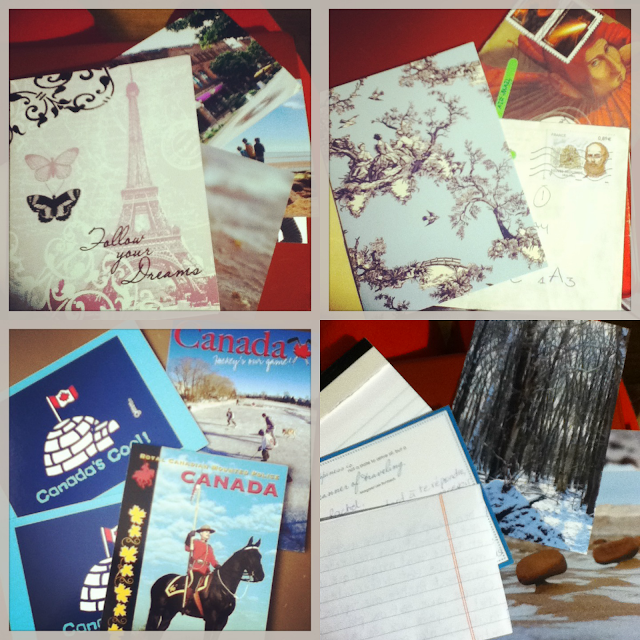 Week Thirty: Thank you letter to her great-grandma from Celeste: Ft-Lauderdale, Florida, USA. 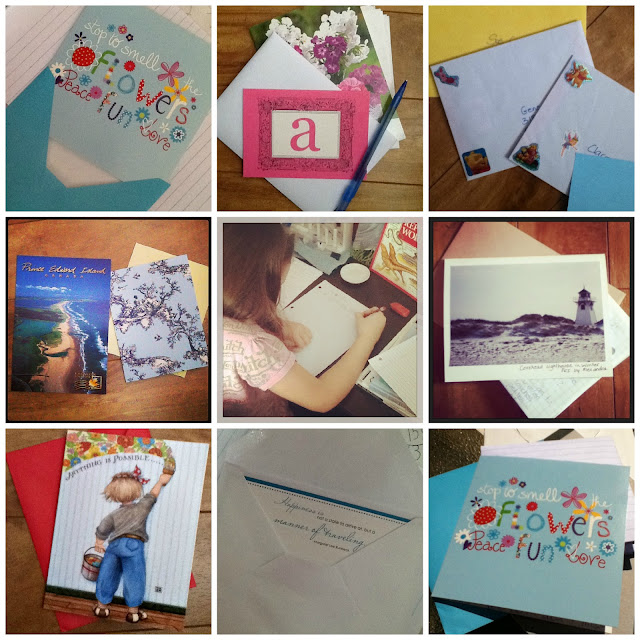 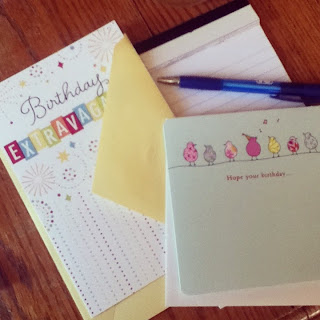 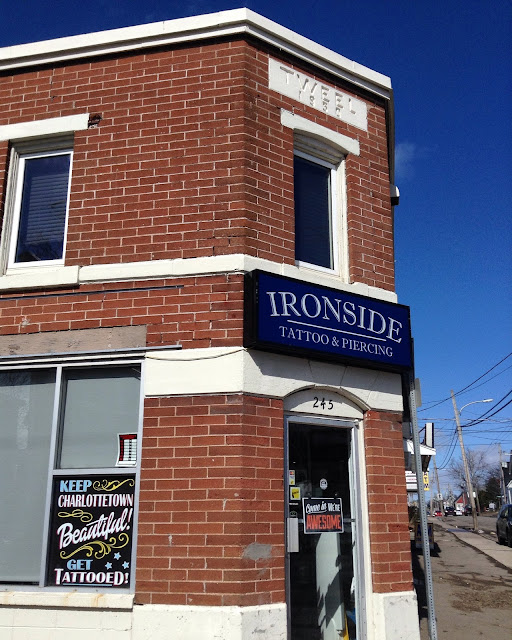 I ♥ My Wildflowers Tattoo

Ironside Tattoo & Piercing in Charlottetown  Last minute plans are often the best! Last weekend, I stood in a short line up with Shawn in front of Ironside Tattoo & Piercing . They were having a walk-in Saturday. Basically, you line up and then if your tattoo or piercing is not too involved, you can get in and get it done! I was about the seventh person down the line and was told I would get a call when it was close to my turn, which allowed me to go home for about 2 hours.  Perfect sign!  Ironside Tattoo & Piercing is comfortable, welcoming, clean, and spacious. Jared, the owner, drew my design from the photo I brought with me. He adjusted it a little and honestly made it even better than the one I brought in! He explained every step and the after care.  the inspiration for my tattoo - from this instagram picture This tattoo was my second one. My first one was in my early 20s and I was amazed at how much this industry has grown and evolved.    I'v 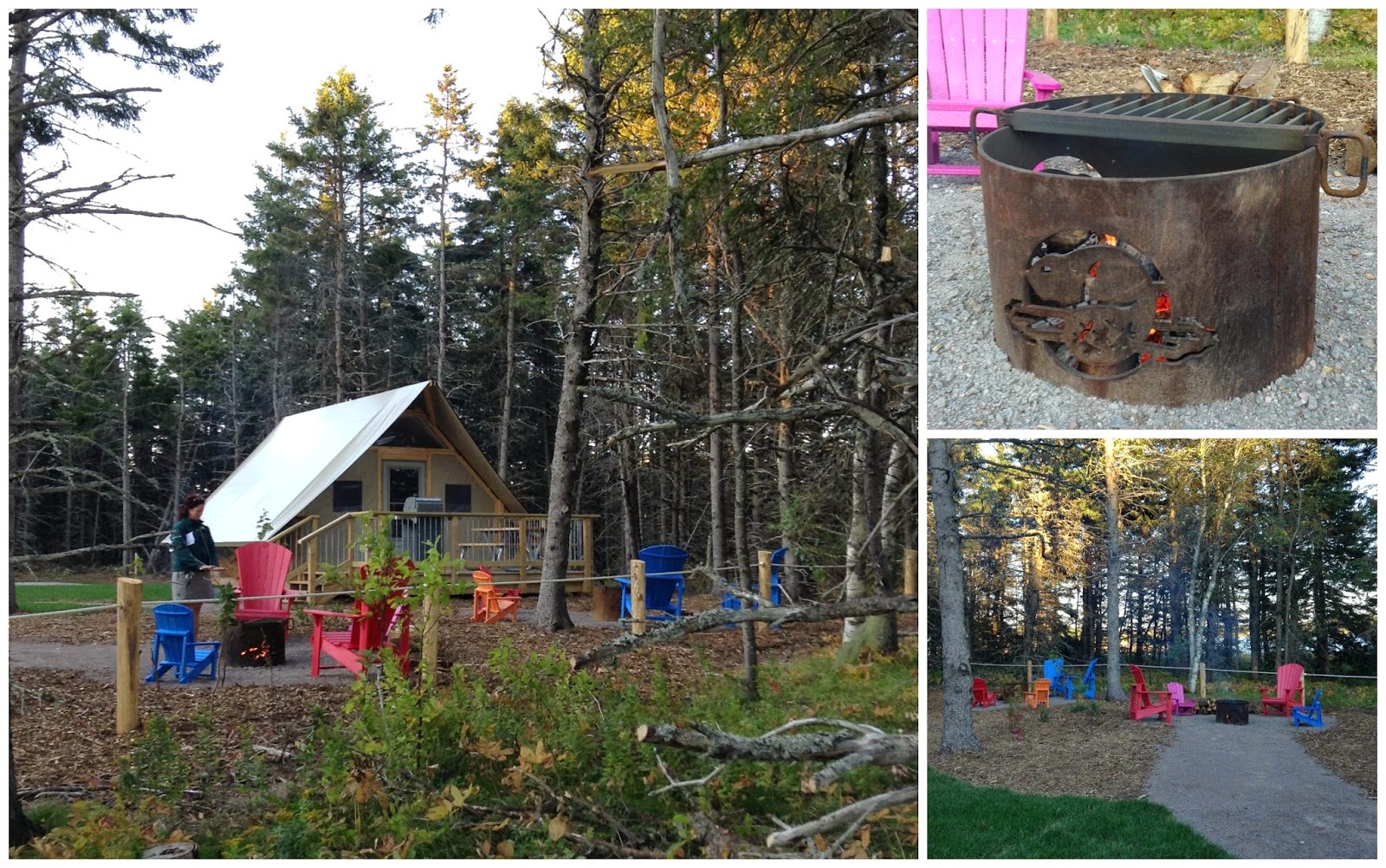 Last night, a friend and I visited the Cavendish campground at the PEI National Park for an open house hosted by PEI National Park showcasing the new oTENTik tents.  oTENTik Tents are a great idea and different option available for accommodations, a cross between a small cabin and a large tent!  There are now six oTENTik tents available at the PEI National Park, Cavendish location. These are spacious and six people can sleep in one. The beds are off the floor, on a wooden platform and include mattresses. There is a table with four chairs and a bench, as well as a wood stove inside for cool nights. The sides and roof of the oTENTik tents are like a strong regular tent material, but the floor is off the ground and looks like a wood floor.  I thought these were a great idea for a different camping option. I imagine that you would still get the feeling of camping, but with a bit more cozy accommodations!  One major advantage would be that you wouldn't need to inve 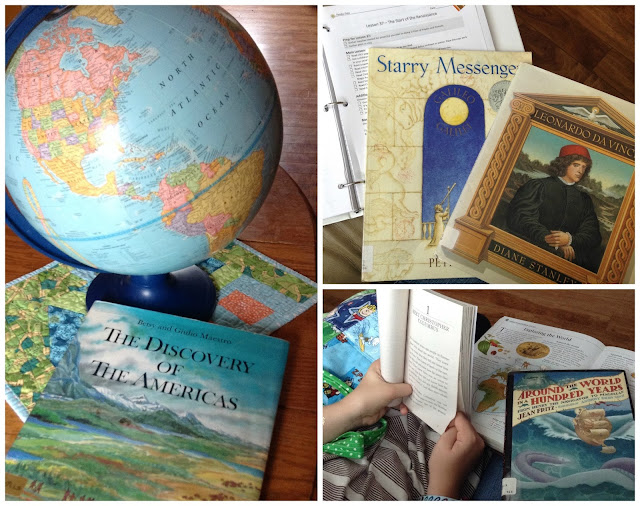 The last week of May already!  This past week was a productive week in mostly Math and History. Celeste has been really interested in history lately. She is motivated to finish the curriculum and start the next time period!  We learned about the Renaissance, and read extra books from the library. Starry Messenger by Peter Sis is one of two books this week that I read to Celeste which I remember reading to my older two children several years ago. It's an excellent living book about Galileo Galilei.  The second book that I recalled was The Discovery of The Americas, another great book about world explorers, focusing on the late Middle Ages. We looked up their routes on our globe.  Celeste is almost done her lessons in Math for the year. We will take a few weeks off and then start again with Teaching Textbooks 6. She might start back with only 2 or 3 days a week at first. I have found over the years that long breaks are not the best thing for math.  Celeste and I are